We may have had a very compact & bijou entry in the Teddington Reach Regatta part of the Skiff Champs but what a team!

Jane Porter & David Sawtell, coxed by Lesley Russell fought through their first heat, only to be narrowly defeated in their second, after a very short interlude between the two races.

Undeterred however, the ever determined David Sawtell had a plan to execute in his straight head-to-head final against his TVSC opposition. This was a demonstration of tactics at their best & a belief in himself to pull through to the end. After taking an initial lead at the start, David was overtaken by his adversary but he was ready for this. At his white house marker, David dug deep as if to start the race again & steadily but surely pulled through to a length and a quarter victory in 3 mins 50 secs.

A tremendous win, which you can see he relished from the picture below (see more in the gallery). 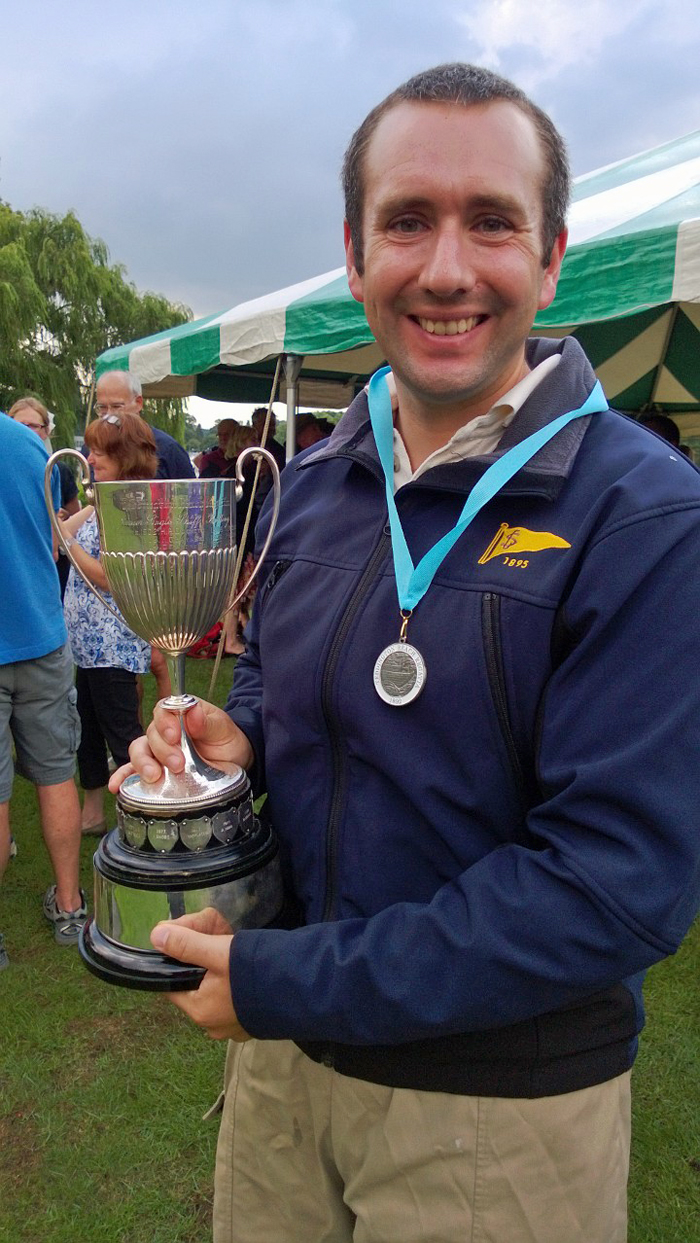