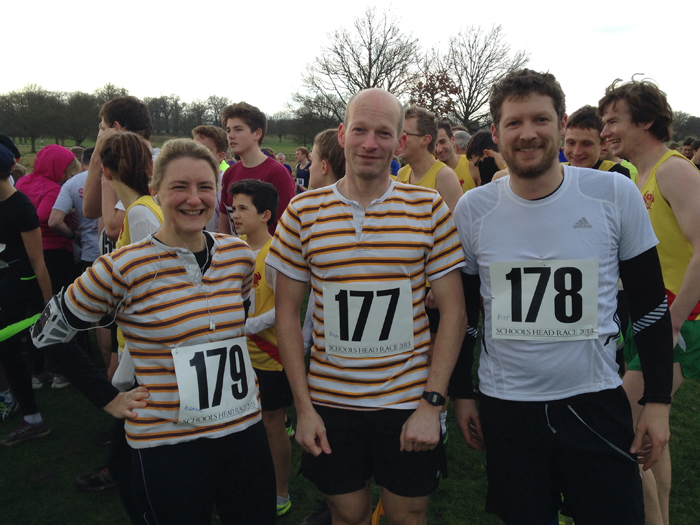 The race, which replaces the previous Oarsman’s Cross-Country race that had fallen by the wayside, was resurrected thanks to the efforts of Graeme Mulcahy & Paul Gregory following the same for the Runner’s Rowing Race back in December of last year.

With Graeme having rallied around the Skiffing & Rowing Clubs it was great to see a great representation from SSPC, in addition to ours & 1 from DSPC. The largest contingent came from co-race promoters Westminster School, as well as Shiplake College Boat Clubs, to swell the ranks to over 100 entrants.

The race was hosted by the Bank of England Sports Club, together with the Thames Hare & Hounds Club and Hercules Wimbledon Club, for which we’re very grateful. Perhaps next year we’ll have the numbers to host the race on our own at an appropriate location.