The Skiff Club once again enjoyed a fine hot sunny summer regatta day. It was well attended by 20 or so members and their family and friends who cheered on our various entries in both the punting and skiff sculling events.

It was a day of punting finals for David, Fran and Martin in their various events with mixed results.

Both David and Fran entered two events, their mixed doubles handicap final saw them both fluently plant a close second to a strong paring of Mike Hart and Natalie MacLean of Ditton’s in their 2ft double punts.

Fran’s single final in the Best and Best Handicap saw her gracefully push her 1 foot fine punt between the pecks with vim and vigour, but it was not to be on this occasion against Natalie, just a little more time in the punt and maybe next time.

David’s second race was against our very own Martin Black, who both took to the water in their respective 2ft punts to battle out for the ‘Gentlemen Junior 2ft Handicap’ final, both planted and pushed off for a superb start and it was not until they had moved smoothly between two sets of pecks with little between them that Martin started to ease ahead on the final peck and clinch the punting win of the day. 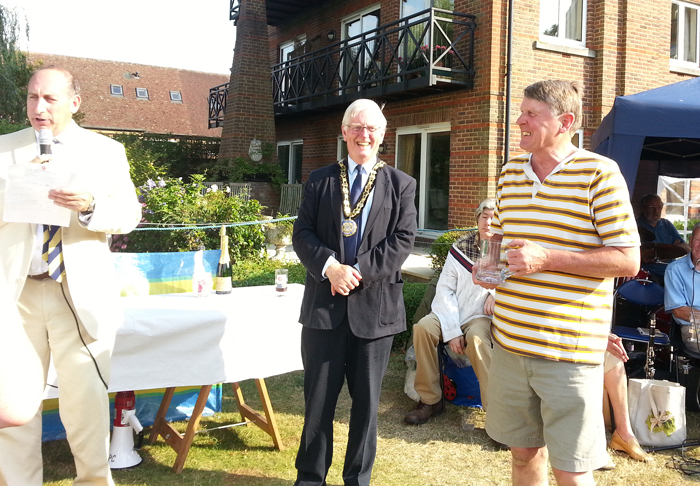 Once again we were represented in a good number of categories, which saw us have some interesting races/finals, results and changes in status.

In one of the first races of the day, it was great to see Joe Davies enter into a Gents Novice Single, who lost out to the eventual winner – a talent for us at regattas later this season.

What a heat win in the Gents Novice Restricted Double for David Parker and Kevin Elmore easy in a good time, but this did not covert to a win in the Final. Just a little more training and I am sure you two will get that all important win.

The Gents Novice double final was an all Skiff Club final with the pairing of Paul Favill and David Maughan and Russell Guy and Kevin Elmore both pairings dug deep to shove their skiffs along in an even race only for David & Paul, coxed Julia to pull off a win of 1 ¾ lengths. A well-earned status change for Paul to Novice for gents doubles, watched by his two year old son – a Skiff Club member of the future. 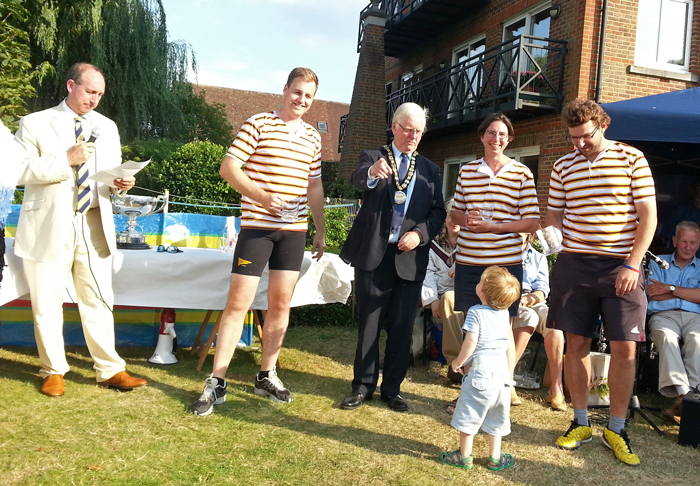 The Mixed Novice Restricted Double final was a race where all three were hungry for a win and no-one was going to stop their boat from winning. Kevin Elmore, Julia Solovieva coxed by Kalil, took the lead from the outset finally winning by 2 ½ lengths, giving us two more with Novice status for mixed doubles. Finally a pot for all and none happier than Kalil who held a solid course all of the way to the line – just brilliant! 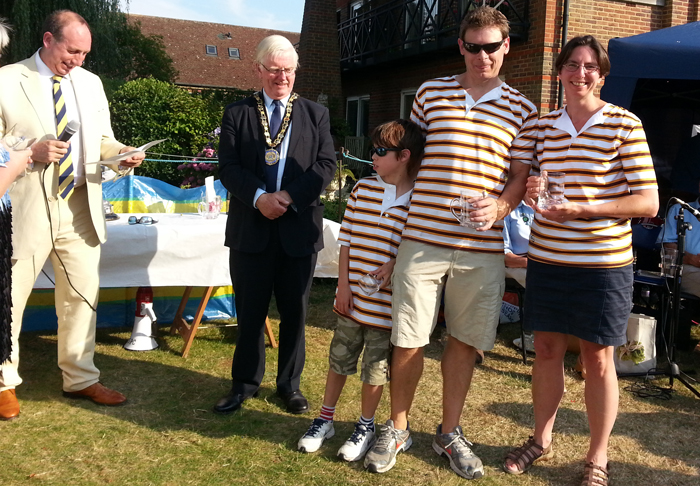 The race of the day was David Sawtell Gents Junior-Senior Single a race that saw both of the entrants vying for the lead the whole length of the course, it was neck and neck with 6 lengths to go, the club members were on their feet crying out for their clubs and on the last two strokes David shoved with all of his might to pull clear and won the race by 1 foot. To his credit he improved his status to Junior Senior for singles, having just raced up a status and was award, The Edward Bell Cup along with his pot. What a pleasure to watch… 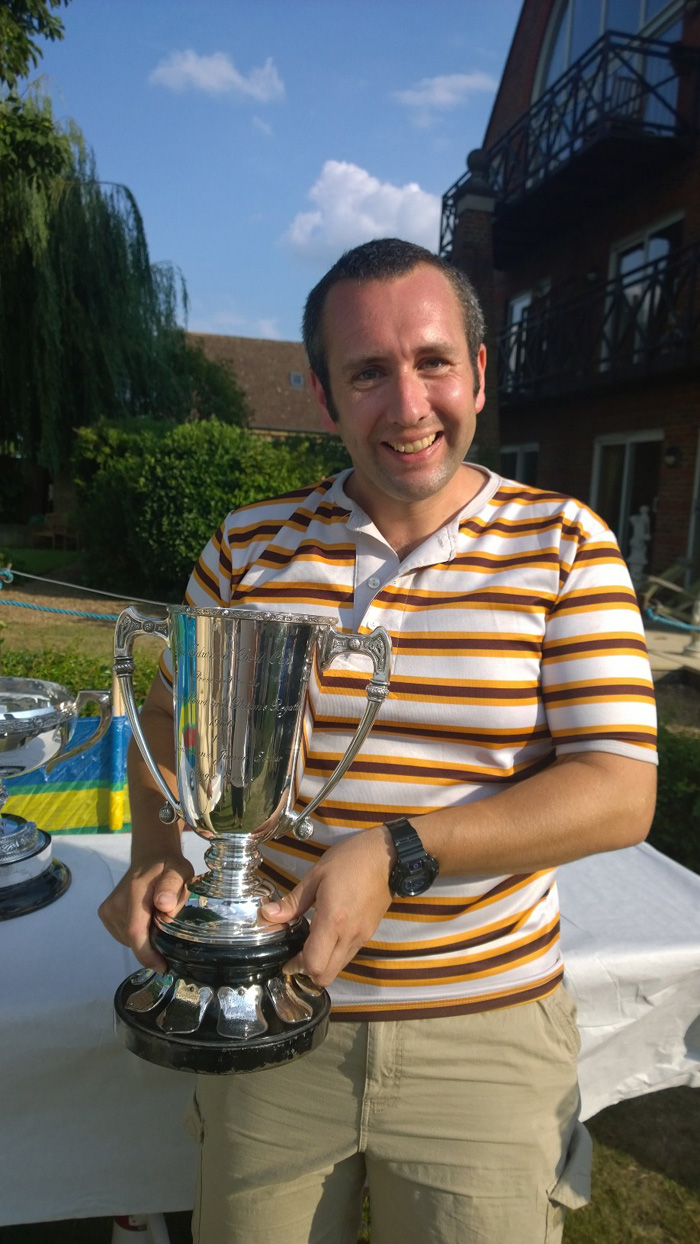 Well done to those that won pots, Trophies and improve their status and of course thank you all for your efforts on the day in making the Hampton Court and Dittons Regatta a great success.

Names in bold have improved their status:

Gallery of all photos of the day