The Skiff Club punting season ended on a high – with our contenders taking home no less than SIX pots between them. Natalie from Dittons had set up a delightful home-from-home across the river, with lavish sandwiches, a beer selection pack and probably the best flapjack in the world (secret ingredient: condensed milk, she divulged). This made a relaxing base to watch and join in with the packed programme of races. Martin narrowly beat Dave Wright in the gents’ 2ft singles, then Fran beat Jane in the ladies 2ft singles. Then Fran and Martin took on Jane and Crispin in the mixed doubles, with Jane and Crispin taking the race thanks to Crispin’s razor-sharp steering.

With Stella sadly unwell on the day, a vacancy came up to compete against Fran in the Ladies’ Best Boat final. Having previously spent no more than a minute and a half in a best boat (and experienced the waves of relief on stepping back on to dry land) Jane felt suitably qualified to take on the challenge of steering the wobbliest boat known to man up and down four legs of the course. Sadly there was no prize simply for staying dry (despite a very close encounter with an alder) and Fran’s superior skills won the day. The punting afternoon finished in style with Crispin winning by two lengths over Dittons in the gents best boat final.

Many thanks Dittons for laying on such an enjoyable day, and to Martin for all his hard work this season keeping Skiff Club’s punting spirit alive in style. 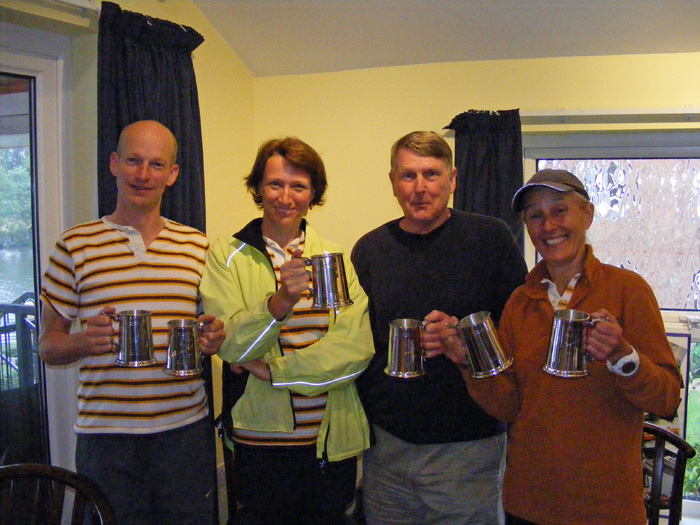