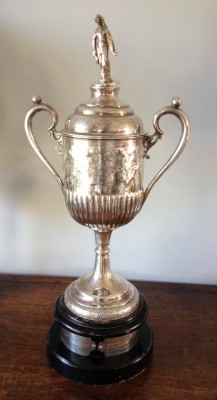 The connection between rowing and running dated from the 19th century, when rowers did their winter training by running cross-country.  In 1929 it was decided to recognise this by organising a rowing race for which a Cup would be awarded.  The Cup was presented by R H Franckeiss, who was a member of Ranelagh and also of a rowing club. Since then it has been awarded to the winner of a “Runners’ Rowing Race” which is currently open to runners from local cross-country and running clubs, as well as the original contestants.

The first race was rowed over a mile course in tub fours (wide-beamed wooden coxed training boats with sliding seats) and competed for by Thames Hare & Hounds, Ranelagh Harriers, South London Harriers and Orion Harriers.  The race was won by Ranelagh Harriers by a length.

The race fell into abeyance for a number of years due to the unavailability of tubs.  But it was revived in 2013 and has since been held annually at the Skiff Club.  Take a look at this video of that race which provides an interesting short history of the event.

There used to be a complementary running race for rowers held in Windsor Great Park, but unfortunately the facilities there became un-available.   Graeme, our President, is keen on reviving this and talks are under way with  running clubs to consider how this might be achieved in practice.

This year the Franckeiss Cup race took place on 15 January, happily coinciding with the Captain’s Sherry Party – so plenty of opportunity for socialising!  Competing crews had members from 26.2 Road Runners Club (Surbiton), Hercules Wimbledon, Ranelagh Harriers (Richmond), Thames Hare and Hounds (Roehampton) and Walton Athletic Club.    Though the original races were for men only, races are now for ladies, men and mixed doubles. 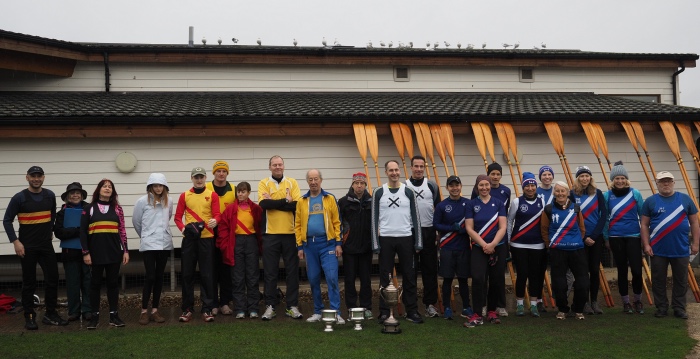 It proved to be an exciting day with particularly close races during the men’s and mixed doubles.   Congratulations to the winners who were: 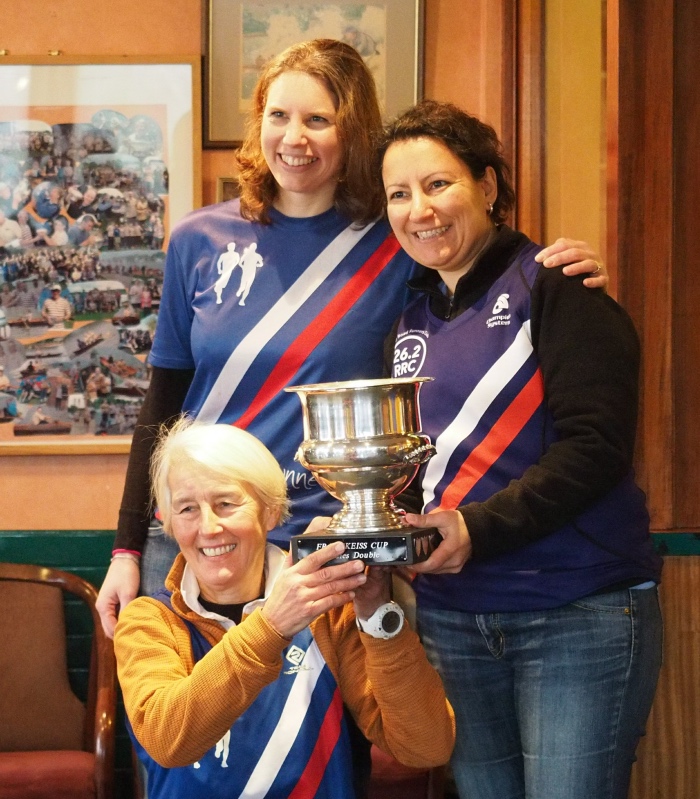 The presentation of the cup was this year made by the Skiff Club’s Paul Gregory and took place in the main clubhouse.