Following the postponement of the first skiff regatta of 2018 due the River Thames being in flood mode in early April, the Long Distance events at Dittons Skiff and Punting Club were the first opportunities to race competitively this season.

The singles race is held over a distance of approx 5km, starting at DSPC downstream to round the end of Raven’s Ait with a 180 degree turn, then back upstream to finsh opposite the DSPC clubhouse. The Skiff club had 3 entries;-

The weather was cool, dull and breezy but the rowers soon warmed up after setting off at timed intevals with ‘flying’ starts passing the rather cooler spectators on the clubhouse balcony. Derek came in second in a very competitive veterans category in a time 32 minutes 5 seconds. Nigel was 3rd in the intermediate category in 34 minutes 26 seconds. John managed to maintain a steady pace to gain his first long distance win in the Novice category in a time of 31 minutes 57 seconds. 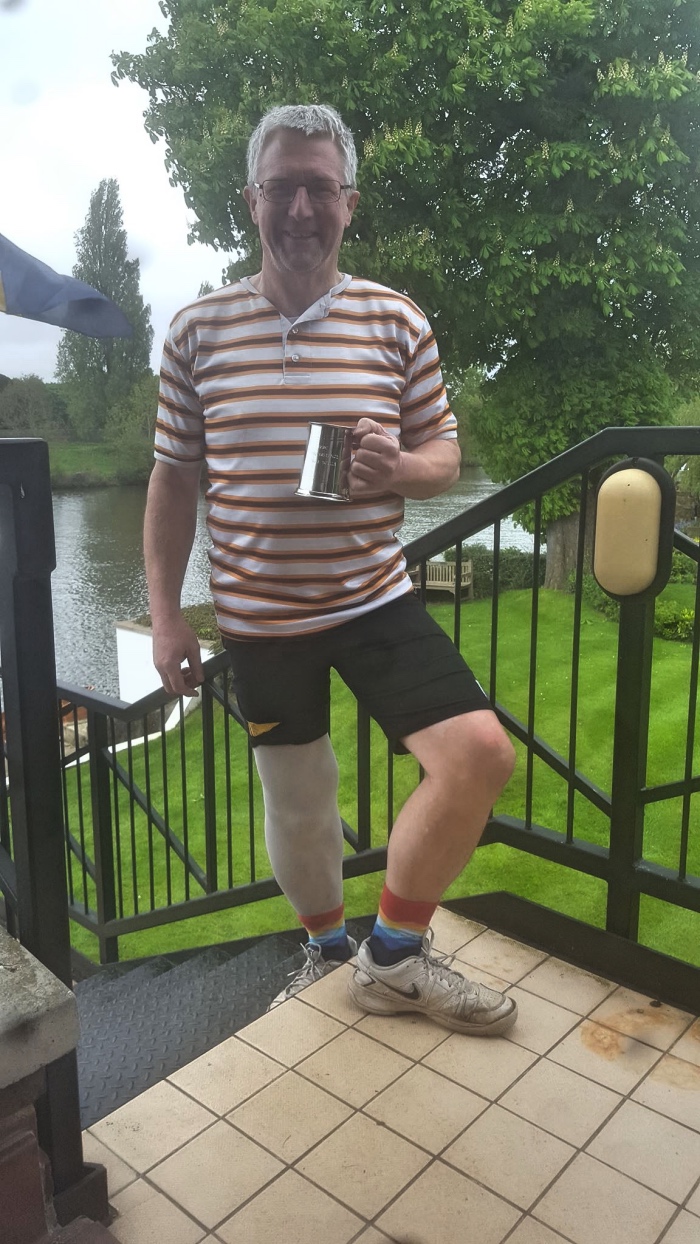