We were lucky! The early rain came in sooner than forecast, leaving the day dry, providing the perfect level of warmth & light breeze for racing conditions. Unforeseen circumstances meant that there were a number of late crew changes for The Skiff Club & the absence of Sunbury altogether. However, the army or willing helpers & officials saw that the day ran smoothly, without incidence. & was thoroughly enjoyed by all taking part.

The Skiff Club fielded a healthy (excluding coughing Mary) seven crews, 1 Vets, 2 Intermediate, 2 Novice & 2 in Entrants. The unstoppable Paul Gregory was sharing the benefit of his many years skiffing experience with Clare McCormick, who has never raced before, after ‘coughing Mary’ Booth, as she is now known, had to swap roles in the Vets crew. This was our only crew of 12 in Division 1, which kicked off at 9.30am to help alleviate a known congestion later in the day, more on that later. The fastest Senior crew of the day completed the 3.77mile course in 34 minutes dead, that’s the time not the crew, whilst the last crew finished some 10 minutes later.

No time for dawdling, the competent boat marshals turned the crews round & added to their ranks to total 14 crews for the 2nd Division, that started a few minutes after 10.30am. Hope was high for our 6 crews that spanned all categories, though some challenges lay ahead. As now seems to be the case each year, we again had to contend with the Tudor Pull, comprising the QRB Gloriana & her entourage of support vessels who would be leaving from Hampton Court & passing by on their journey downstream. Despite considerable effort on Amanda’s part as Race Secretary in liaising with the Tudor Pull Team & adjusting timings as best we could, some of the crews still met the flotilla at the turn of Raven’s Ait. Thankfully Malcolm Knight onboard QRB Gloriana was true to his word & adjusted their passage to allow one crew to turn ahead of them & two crews after the Gloriana but within the following support vessels. All accommodated each other, with no reported issues thankfully & they even got past Minima Sailing Club, who had also thrown a spanner in the works in scheduling their learn to sail course to start at the same time as the combined fleet passed by! 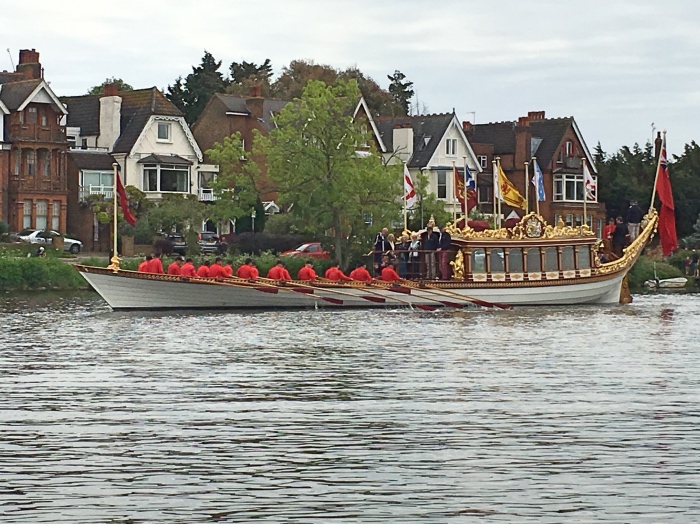 After the blood, sweat & tears (ok, could be an exaggeration) of the racing had completed & the results were verified, our Intermediate Crew of Stella Alexander, Peter Sharp, coxed by Clare McCormick, won their category in 36mins 50secs, producing the 11th fastest time of the day. Many congratulations for their sterling efforts & to all of those that took part. 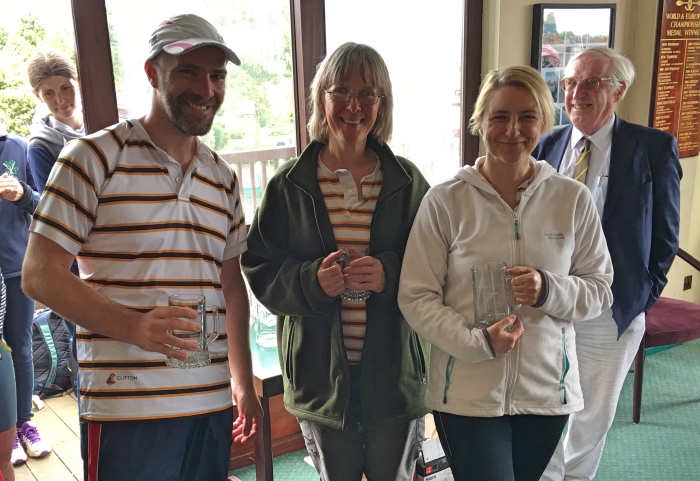