The Sunbury 6k race was held over a new course following Sunbury Skiff Club relocating their base to Aquarius Sailing Club in Hampton. This was the last long distance event prior to the short course regattas commencing in July.

The Skiff Club had 5 entries:

The weather was warm, humid and sunny – too warm for those crews in the 2nd race which started at 11.30am.

The 1st race had 3 Skiff Club crews.  Ricardo and David finished in a time of 36 minutes exactly in a very competitive category, finishing 10th overall and 4th in the Higher category. Russell and John recorded a time of 39 minutes 35 seconds and Michael and Paul came in 44 minutes 20 seconds after the start. Their opponents came 4th overall, not an easy option this class!  Michael has competed in every 6k race since Sunbury SC was formed. This was acknowledged in the post – race announcements. 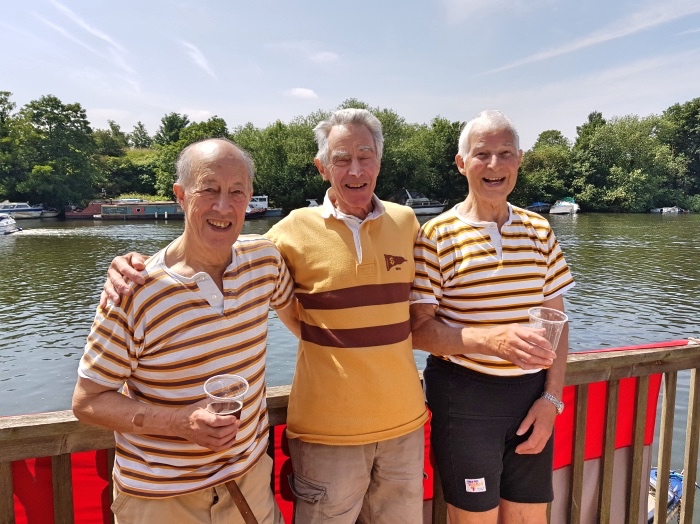 The 2nd race got underway at 11.30am in by now very warm conditions, Viv and Mary finished in a time of 39 minutes 46 seconds (just 11 seconds outside the Gents’ Intermediate crew time!) with Sue and Monica completing the course in 48 minutes 10 seconds – a worthy row for 2 rowers returning to fitness after injury.

The post race prize-giving did not feature any Skiff Club crews but our contingent stayed to enjoy the BBQ and helped to finish the barrel of real ale laid on for the event. The row back to the Skiff Club after the post-race festivities was taken at an easier pace with several refreshment breaks for those thirsty crews before arriving back at the Skiff Club between 6.00pm and 7.30pm for the ‘frequent stopping’ double crew. 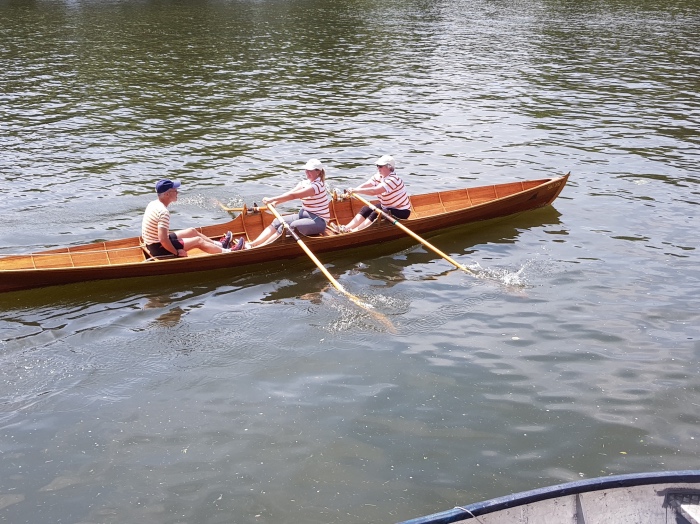 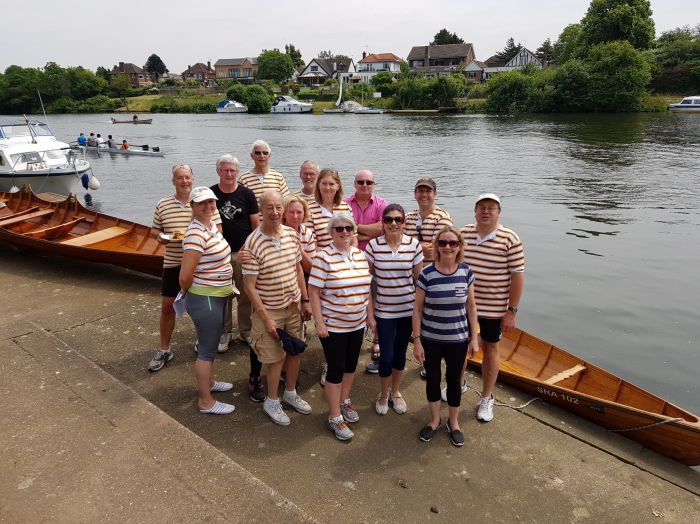