The Hampton Court and Dittons Regatta was held over a 350 metre course downstream on the Surrey side of the river from near Hampton Court to the finish at the clubhouse. It was a another sunny, hot day and the Skiff Club had the following entries:

Sarah Randall, Isobel Randall, Lyn McKenna and John Previte were the coxes for our crews.

There were many very close races and a dead heat in the GID between a Sunbury crew and Craig and Paul .The race was re-rowed over half the course distance with the younger Sunbury crew just prevailing.

Skiff Club crews won 3 events and just missed out on a 4th in the final of the ladies entrant doubles where Sarah and Ellie were in contention until the last 50 metres and lost by about a length. Our Pot winners with an Ormiston point each were: 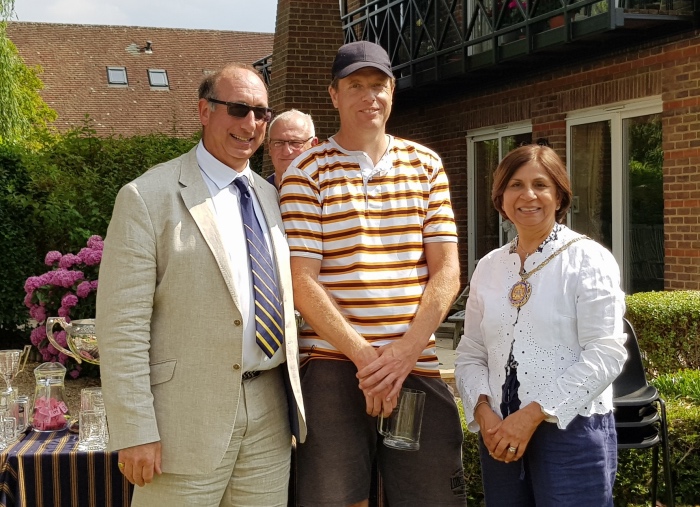 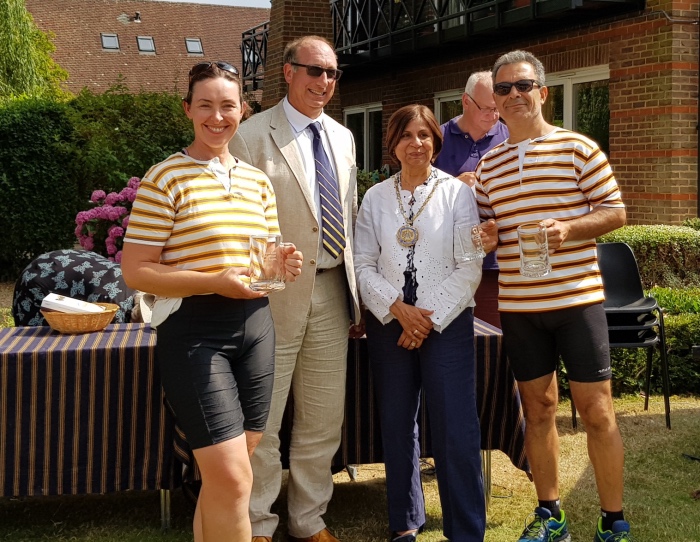 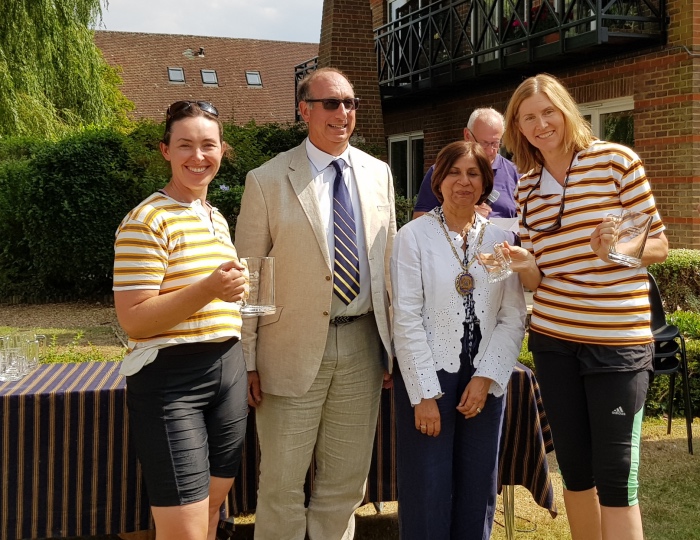 The punting events took  place over a course on the Middlesex bank opposite the clubhouse giving a great view of the action. Skiff Club were well represented with Sally, Jennie, Allan, Sarah, Jane and Mike punting over the 100 metre course. Several punters went for an unplanned dip - balancing in a narrow punt in a race situation can be tricky, but at least the river was nice and cool!

The jazz quartet on the lawn by the finish entertained us with some cool tunes making the wait for the trophy presentations to our 3 winning crews even more worthwhile.