Tiny and Nancy Knight Doubles at DSPC Saturday 4th May 2019

The ladies and gents doubles events were held over the same 5k course as the previous weekend’s singles, but with some sunshine, a strong breeze and cool temperatures. This event is in memory of Tiny and Nancy Knight who were members of Dittons from 1923 for many years with the Tiny Knight trophy being awarded annually since 1953 and the Nancy Knight trophy since 1988. There were 17 entrants in total with Skiff Club having 3 entries:-

All 3 crews skiffed well in tricky windy conditions and Bill and Riccardo stormed through the field to win the Tiny Knight trophy for the fastest time of the day by a crew who had not won a senior event , well done! 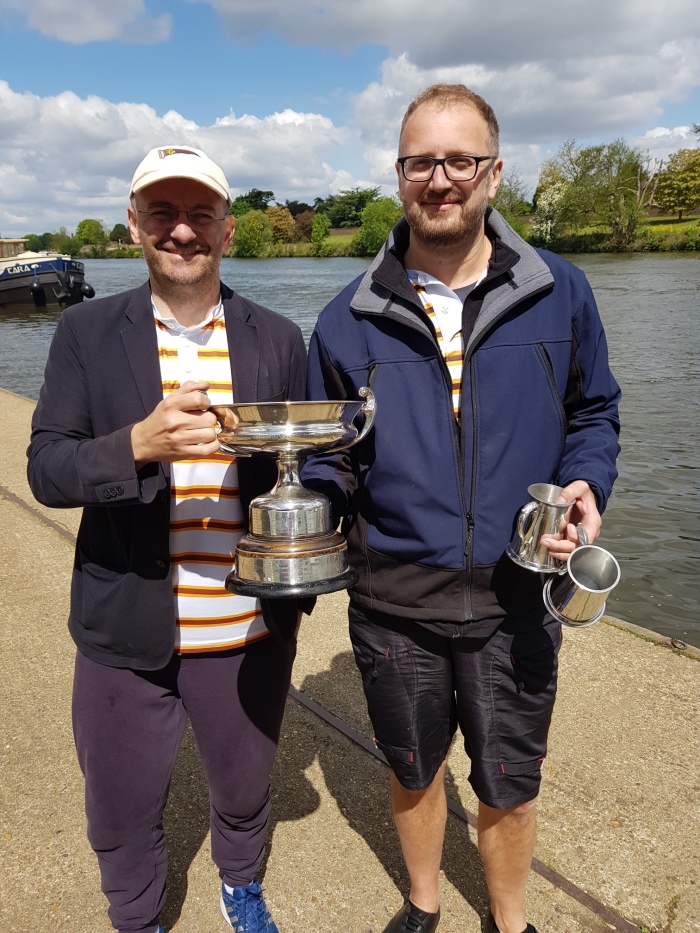 All those winter hours on the ergos and on the water training under the supervision of Graeme Mulcahy were well worth it!