The Chertsey and Shepperton Regatta was held on the River Thames at Dumsey Meadow, a green field site of special scientific interest as it is one of few undeveloped locations on the banks of the lower reaches of the river. The racing course is over 350 metre downstream on the Middlesex side of the river from near Chertsey Bridge to finish just before a bend in the river at the east end of the meadow.

The event is organised jointly by the 5 skiff clubs with Roger and Amanda Haines and  Bill Taylor of Skiff Club making significant contributions to the event. The weather forecast was for heavy rain but that didn’t stop our keen skiffers and coxes from competing and the day turned much better than predicted; cloudly, but warm and mostly dry.

The Skiff Club had a good entry as listed below:

Skiff Club crews were winners of 7 events, 5 singles and 2 doubles: 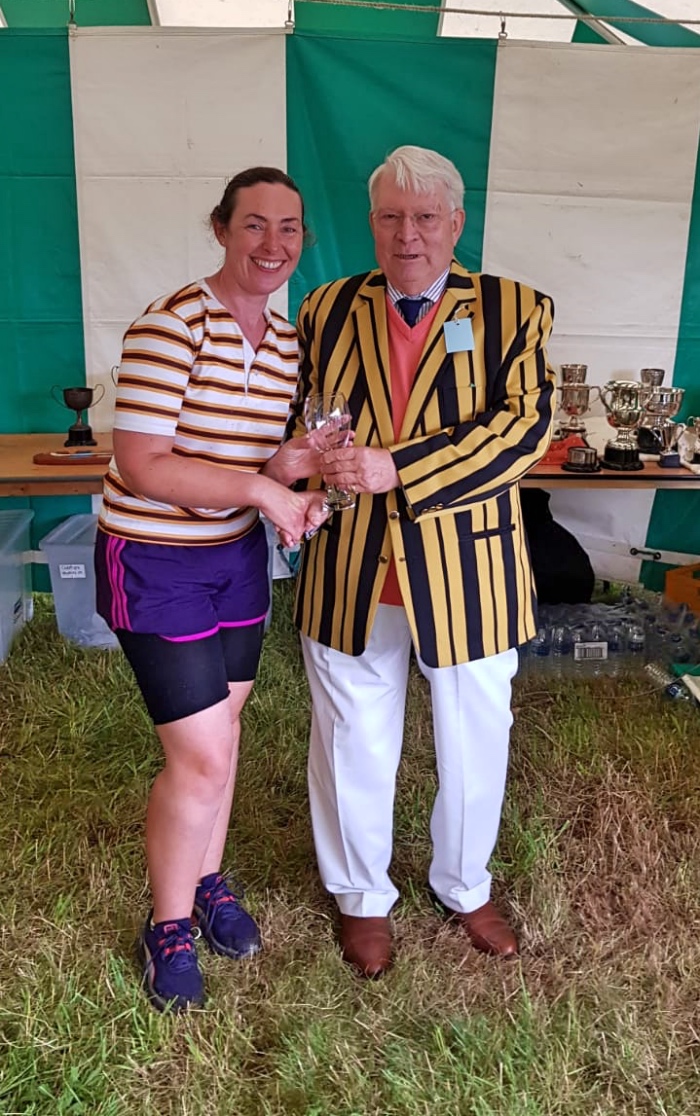 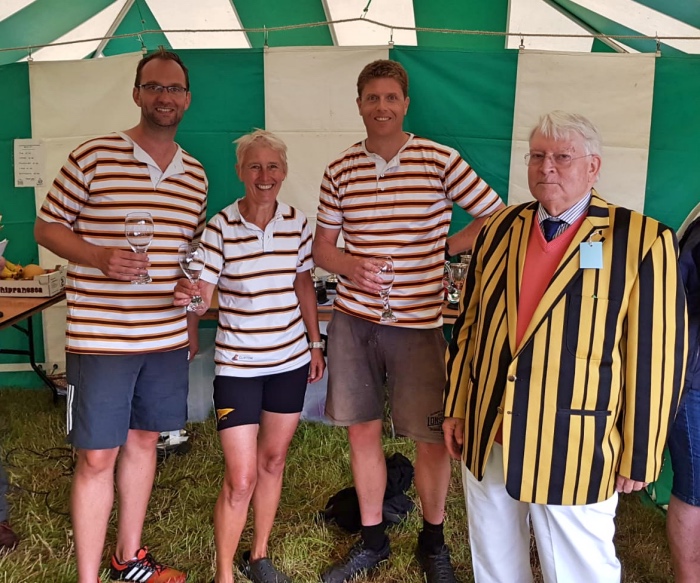 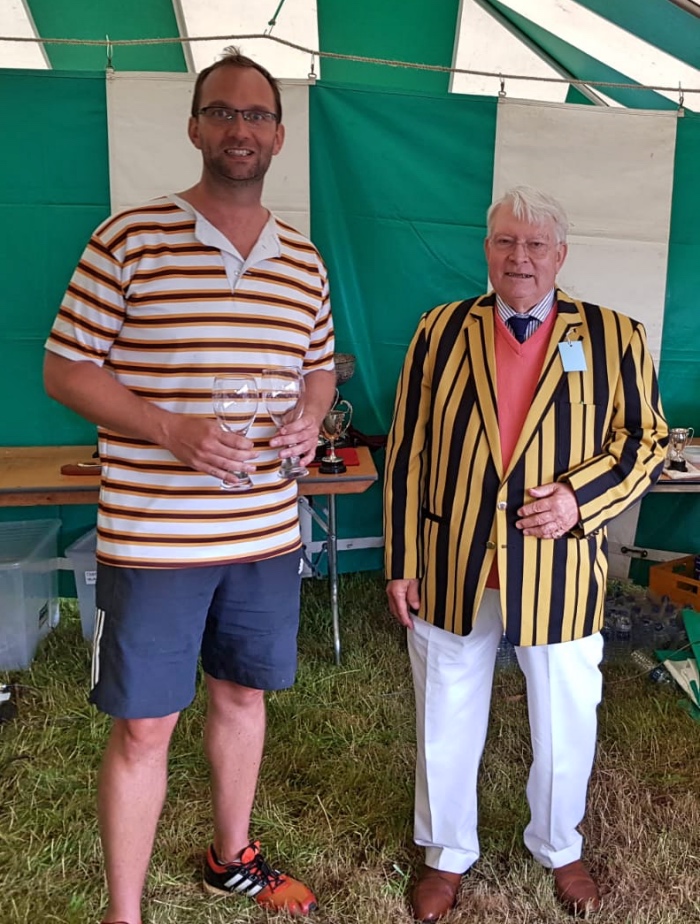 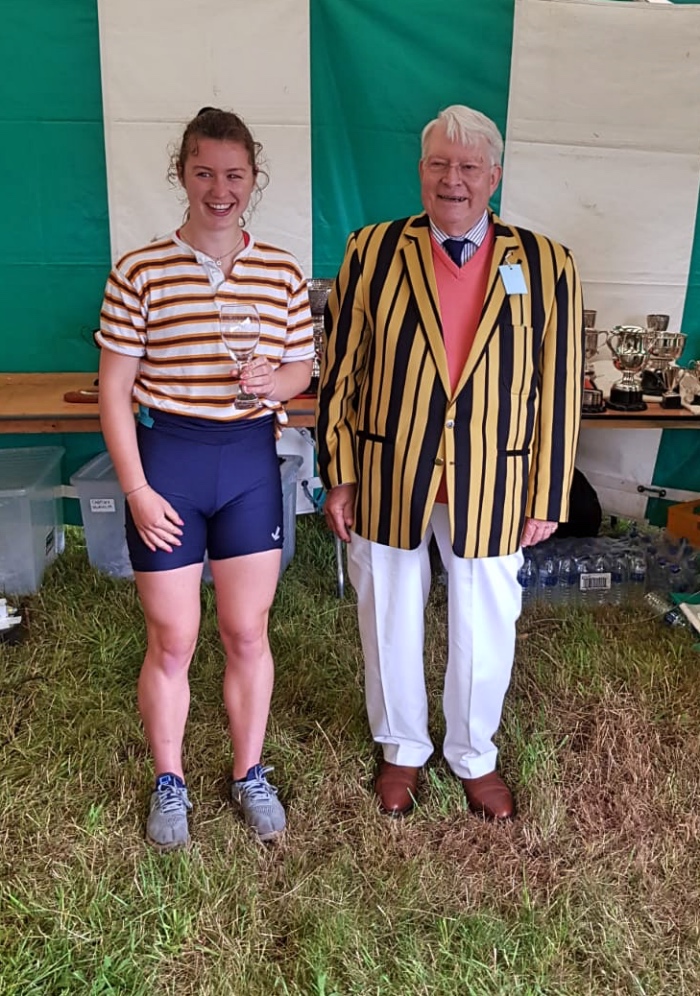 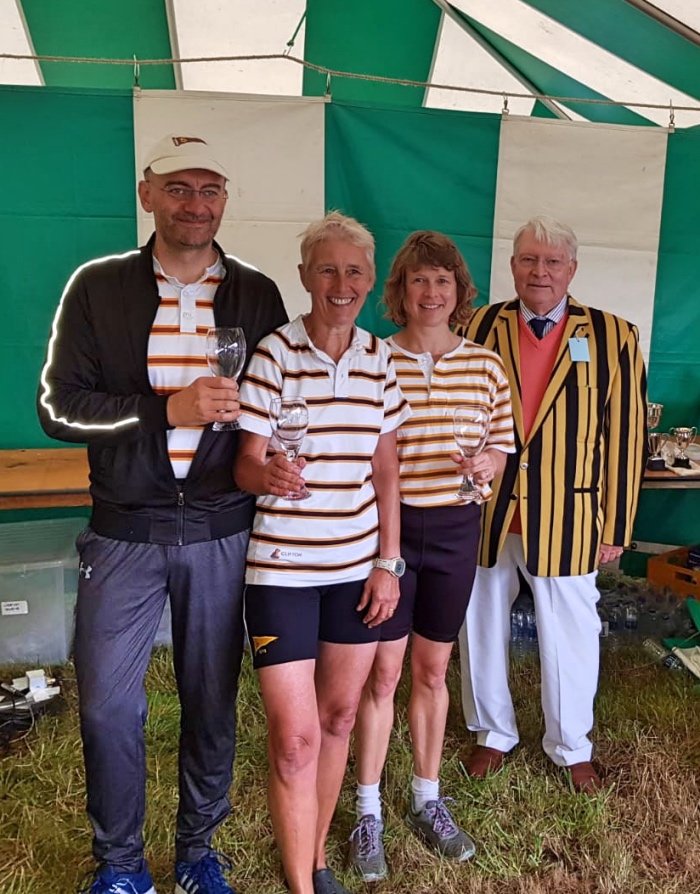 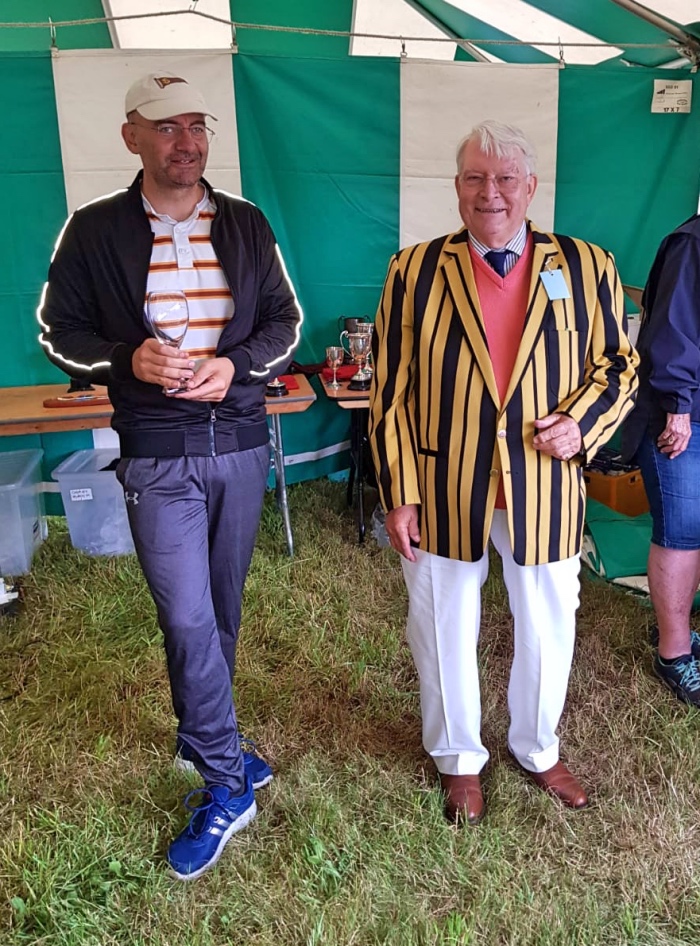 Craig and Paul produced one of the fastest race times of the day in the GHD final and Miranda and Eilish won despite taking longer than necessary routes along the twisting course. As well as the event winners there were some good performances by our crews including the veteran crew Keith and Mike who narrowly lost to the eventual winners by less than 3 feet. Our new members Andy and Neill bravely entered the singles, keeping within the curving course is tricky for experienced single skiffers, so they both did well not only to complete the course, but also they each won a race!

Kim and Mine were unfortunately red flagged and disqualified when just ahead in their race, as cox Nicky kept too tight to the racing line and was adjudged to have obstructed the opposing skiff crew, Nicky redeemed herself in her next race as she coxed her crew to a win, with only a white flag being waved!

Our racers enjoyed great vocal support from skiff club members on the bank. Win or lose, the support makes a difference in those last few stokes until the welcome clang of the finishing bell! 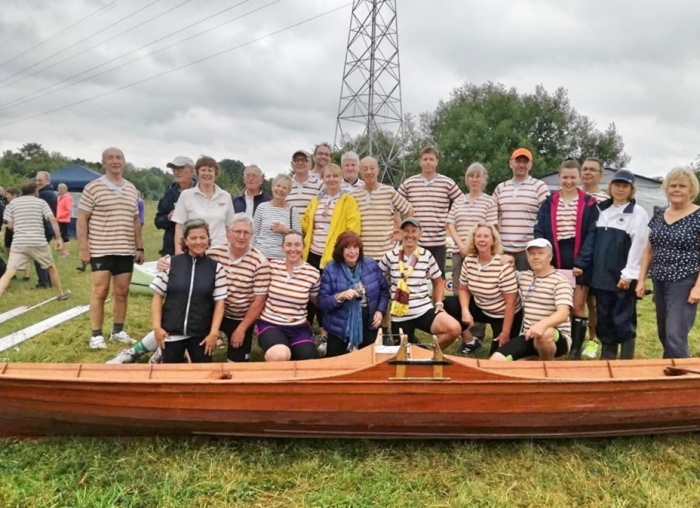