The Wraysbury and Old Windsor Regatta was held on the River Thames at Wraysbury Skiff and Punting Club  The racing course distance was approximately 550 metres upstream on the Surrey side of the river from the pumping station  to finish at WSPC clubhouse.

It was a lovely summer’s day with high cloud, hazy sunshine and a light breeze. The event included a beer festival and ‘Rockin Robin’ scatch racing following the skiff and punt racing at WSPC, located to Runnymede meadow. .

The Skiff Club participants were as listed below

Skiff Club crews were winners of 4 events, 2 singles and 2 doubles:

There were many close races, with Mary and David, coxed by Claire, winning a very competitive mixed intermediate doubles event by 2 feet in the final. They made up an early deficit and finished strongly to secure a well earned pot. Faro and David won the gents intermediate doubles in an all Skiff Club final by 1/3 of a length.

Congratulations to new member Andy Ronkley who won his first trophy in the gents entrant singles in another all Skiff Club final, steering well on the curving course to win convincingly. Riccardo took a longer then necessary route in his singles winning final, but kept within the buoys when it mattered to maintain his winning streak.

Several Skiff Club members stayed on to enjoy a good selection of bitter ale after the racing and to enter the ‘Rockin Robin’ scratch racing event organised by WSPC.

Another good day on and by the river. 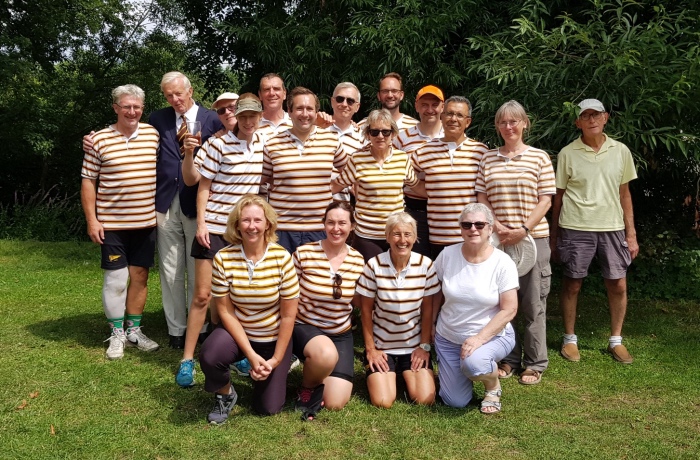