Our ‘home’ regatta was held at Teddington on the River Thames on a mainly sunny late summer’s day with only one short, sharp shower, which coincided with the author’s gents veteran doubles final. The skiff racing course distance is approximately 650 metres upstream on the Surrey side of the river with the finish opposite our island site building.

There was much organisation, effort and contributions by many working ‘behind the scenes’. This huge team effort is not often fully appreciated, so thanks are due to those who donated their time to:

The Skiff Club had a large entry and took full advantage of sculling on home territory in a packed itinerary of 63 races, commencing at 9.00 with race 63 at 16.55. Our entry, bolstered by several ‘occasional racers’ was:-

Skiff Club crew won 11 events (yes eleven), gaining 10 Ormiston points and one veterans win, a great achievement and reward for all that training on and off the river. The winning crews were:

There were many worthy performances on the river: all our winners, with 3 wins for our inspiring captain Eilish, (leading from the front as usual), 3 wins for Bill Clee (getting fitter and faster), 2 wins for Riccardo (2 CCs), a well deserved and long awaited win in Gents Entrant Doubles for ‘new boys’ Neill and Mel and a win for Jennie (‘I don’t race’) Juriansz with Neill in the veterans mixed novice event.

The 10 points put The Skiff Club ahead in the race for the SRA Ormiston Trophy and with 4 more regattas to go in the 2019, this is very exciting and a tribute to the efforts of our captain Eilish and Graeme, our president, who spends much time training both experienced scullers and beginners.

Graeme presented the prizes at the end of the racing, many of whom he trained. The events ran to schedule due to the organisation of Amanda and Roger and their many helpers - a good team effort. It was a great day on and by the river, completed by a spaghetti bolognese supper, desserts  and drinks in the bar after the big tidy up. 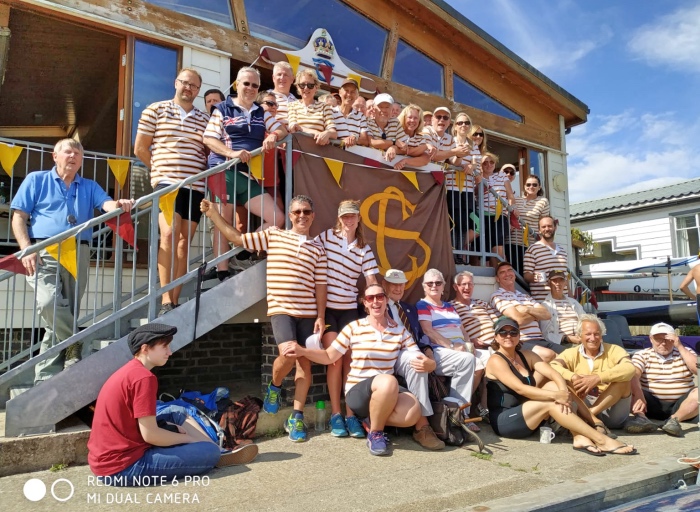 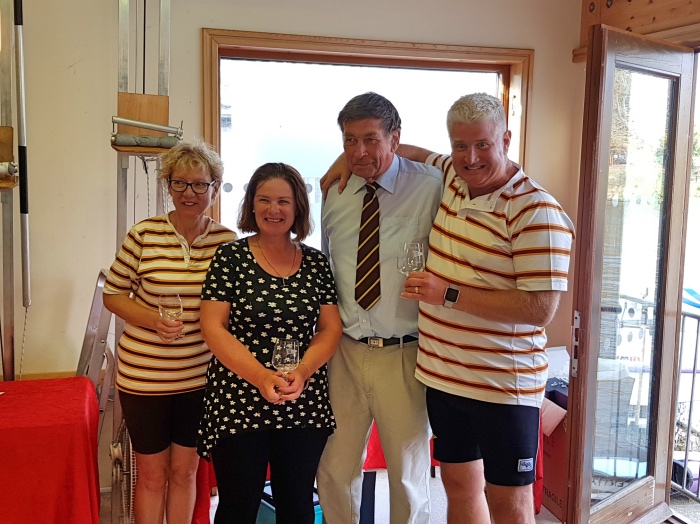 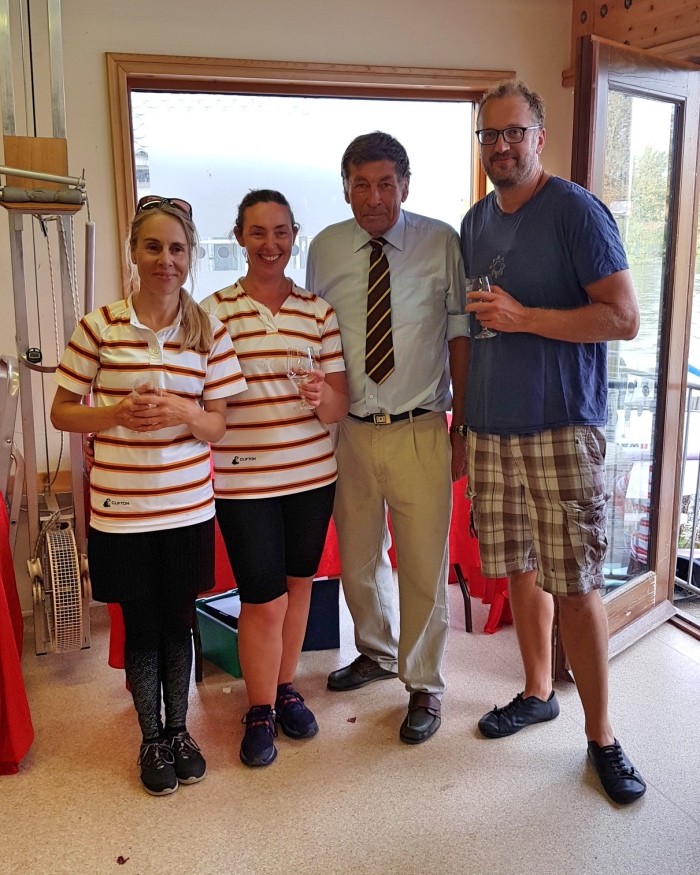 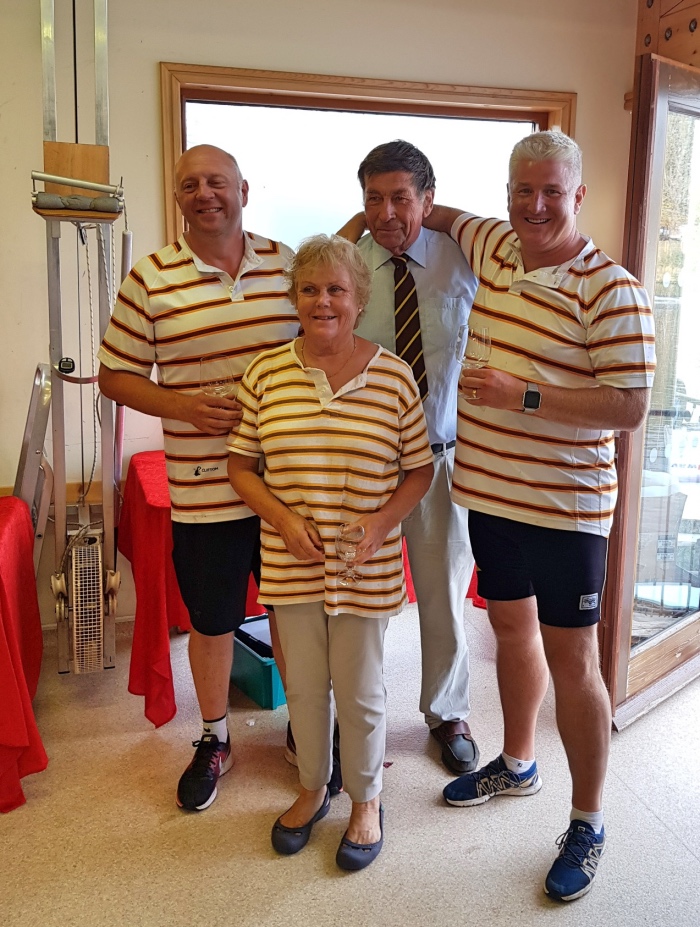