Wraysbury Skiff and Punting Club regatta was held on a warm and sunny autumnal day over a racing course distance of approximately 500 metres upstream on the Surrey side of the river with the finish at the clubhouse. This course is like a flattened ‘S’ shape with 2 curves which cause difficulty in accurate steering, especially for the singles.

The Skiff Club entry was: 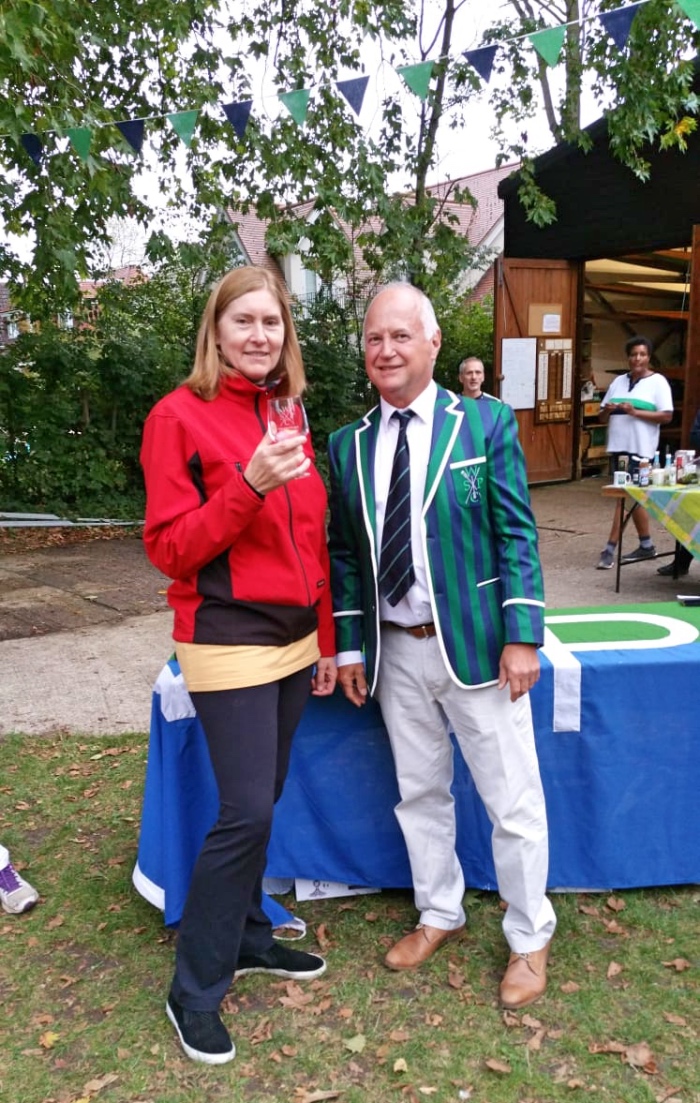 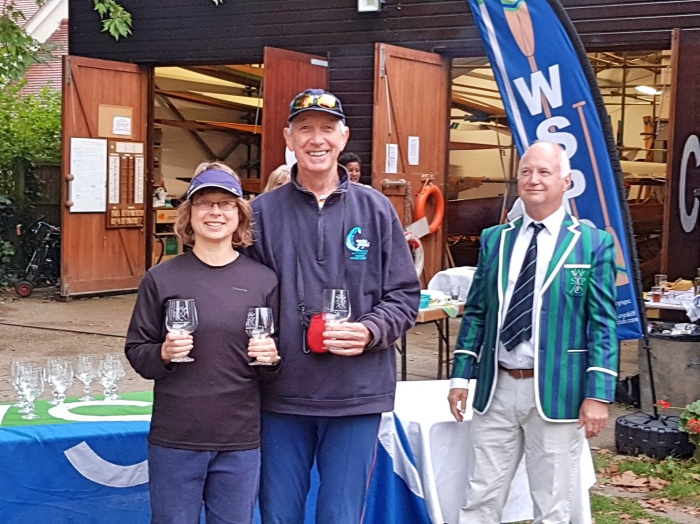 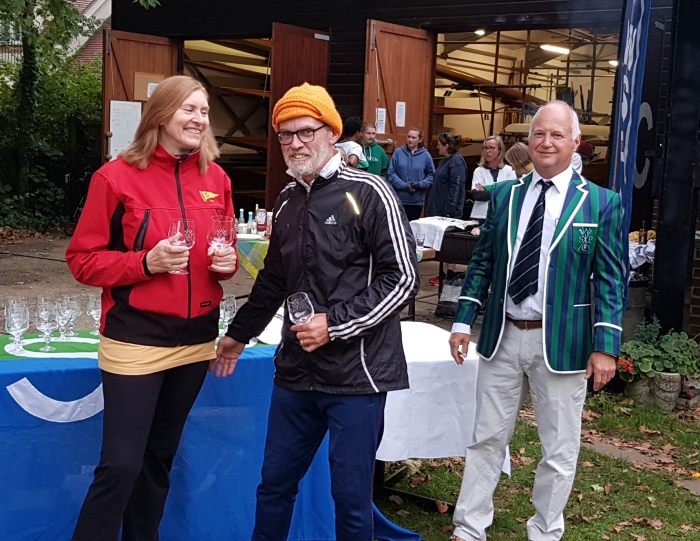 Congratulation to all our winners; with 2 wins for Viv (who last year was quoted as ‘I don’t do singles’ and fresh from a recent 3 week canoeing holiday in The Yukon). stepping up to win a very competitive ladies singles event and a mixed doubles with Bill in a very close race finish in the final. Bill also won 2 events partnering Viv and Del to win vital points in the exciting race for the Ormiston Trophy.

Mike Lanzer won the veterans race, not needing the 2 second head start in the new handicapping system, to win easily against his younger opponent in the race for the Vets Pennant which Skiff Club are also involved in.

Special mention for Roger Hughes who normally officiates at regattas, entered as a competitor in the vets doubles, won through to the final and missed out on a pot by one third of a length in the final against opponents with a combined crew age 34 years less than ours. Not bad for an 81 year old! Long may it continue.