Thankfully the day long rain forecast turned out to be a sunburning morning & into the afternoon, until the very last couple of races. Even then it was no more than a brief shower, so we were treated to another idyllic days race at Dumsey Meadows.

There’s a bit of a pattern developing here ……… lots of effort resulting in narrow margin defeats down to a mere 2 feet.

One of our new novices, Paul Green, got his first taste of racing in an unusual boat & surroundings, with the calming bow man of Bill Taylor to back him up & the guiding hand of Amanda Leach to steady his nerves. However even the most seasoned racers were struggling with popping of blades throughout the day in the gaping spaces between the Valley boat thole posts.

We had to wait until nearly the last race of the day to see our intrepid ladies in action once more, this time in the Junior Doubles event. Viv, I’ll have a second win in successive weeks, Gunn stroked Jane Porter, coxed by Lesley Russell to a 1-1/4 length win over their WSPC opposition in 2min 11sec in their straight final.

Well done to all of out competitors & to all of those that were involved in actually helping out to set up the event. 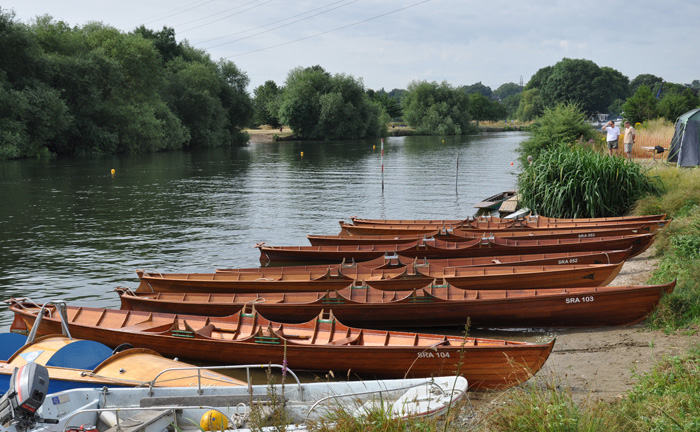